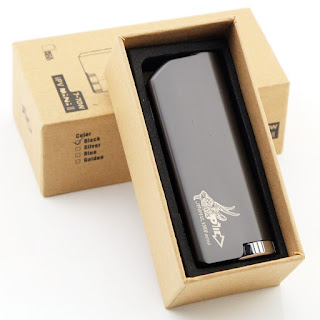 IPV mini 2 70 watts is a mod launch by Green leaf / Pioneer4you.IPV series is much more favorable and achieve the best-selling box mod sales.Popular among cloud chaser and known for its quality and reliability (mainly because using SX chipset), as well as their high-powered mods.
The IPV series has seized vaping market since the IPV 2 was launched.When IPV2 launched, it is a powerful and high power box mod with an affordable price in the market and sold out almost overnight. Then followed up quickly by other series, they are IPV2s, IPV mini, IPV 3 and IPV2X and now they released the latest box mod IPV mini 2 70 watts.IPV mini 2 70 watts actually replace two of Green Leaf / Pioneer4You release, are IPV Mini and also IPV2S.The IPV mini 2 70 watts comes in a brown cardboard box that is very minimalist and a bit advancement from previous IPV models that come in a plastic box.
This IPV mini 2 70 watts uses a 510 floating pin connector so you can attach any atomizer without needing to manual setting with a screwdriver.Every atomizer looks fit in this mod.The whole unit looks solid, it feels a little heavy but not too heavy, IPV mini 2 70 watts is fitted in the palm of my hand and the paint seems much better.I personally like the look of IPV mini 2 70 watts, it seems to me fits on my hands perfectly!

IPV mini 2 70 watts comes in 2 colors, black and silver colors. IPV buttons follow the color itself. IPV black comes with black button and silver IPV comes with silver colored buttons. The button is better than IPV 2. With a satisfying click and high response.Perhaps previous IPV series often jammed in fire button. But this is not occur in IPV mini 2 70 watts which so tactile and reassuring button.The IPV mini 2 70 watts screen is very clear and the same as the previous IPV models, with predominantly displayed watt along with an accurate resistance above voltage reading, and the battery indicator next to it. 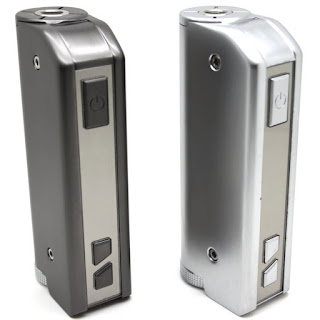 The battery cover is under the device.This is different from previous IPV and the battery cover that feels more buttery smooth and Easier to twist on and off than previous IPV.More comfortable with the battery cover like this rather than having to open the screw.Don't worry about the battery reversed because the device is equipped with reverse polarity battery protection.Also equipped with a USB port for charging the battery located  in the bottom part of the device.You have the option to charging via USB or removing the battery cap itself from the unit to charge by twist off the battery cap.
IPV mini 2 70 watts is turned on and off using 5 click on a button press, it only took just seconds IPV mini 2 70 watts for booting.You will be greeted by Pioneer4You logo followed by 'IPV Mini II' then your device is ready for use.Pressing the 'up' button will take you increase the wattage, and the 'down' will begin to reduce the wattage.Holding down the 'up' or the 'down' will increase the speed to select the watt preset.A bit confusing for newcomers to the series of IPV is that you must press the 'down' once before pressing 'up' to increase the wattage, but you will be familiar using it. 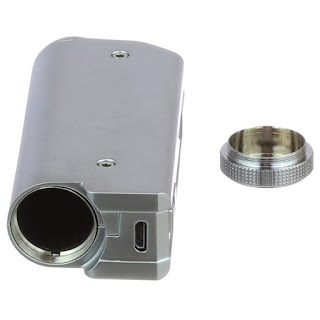 You have to understand due to the size of IPV mini 2 70 watts then this is only fit one 18650 battery. So if you plan to use this device in high wattage, then your battery will be run out quickly and will be more frequently charge. Luckily you can still charge the battery via USB without the need to remove the battery.

IPV mini 2 70 watts has become the choice mod.Slim form factor, ease of use, comfortable grip.The system boots up quickly, is easy to navigate menu system, you can save 5 watts presets for easy setup.This is not a smallest 'mini' mod on the market, far from it, but the excellent form factor, the build quality is top notch, 70 watts is more than enough power for the 'mini' device.And it's conclusion of IPV mini 2 70 watts.

This product hasn't received any reviews yet. Be the first to review this product!